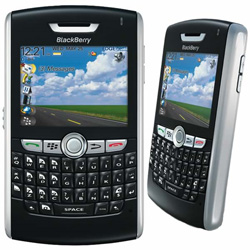 The Blackberry 8800 is not like every other Blackberry. It is the phone that every businessman needs. It is the perfect companion for people in business who are constantly on the go. It is like their office away from the office.

People who are looking for memory cards for their new phone will often want to know which memory card works for the Blackberry 8800? The answer to that question is that the 8800 will be able to use both MicroSD and MicroSDHC memory cards. Use of these memory cards will allow the phone to hold more data. This means people will be able to store more music, ring tones, movies and videos.

The MicroSD and MicroSDHC memory cards measure 15mm × 11mm × 0.7mm and this makes them extremely tiny. The 8800 will also be able to use cards from 16 MB up to the biggest available size.

What Size Memory Card Do I Need for my Blackberry 8800?

People who have just purchased their 8800 are usually stumped as to what size memory card they will need. Understanding what size micro SD or MicroSDHC card they will need is dependent on what they will be using the phone for. If they have a lot of music and video and want to store it on the phone, then they should look into getting a card that is 1GB, 2GB, 4GB, 6GB, 8GB, 16GB and 32GB in size. If they won’t be using the storage space on the card for much, except for the occasional document or file, then they should look at getting a smaller capacity card. Because memory card prices are so cheap, it is best to purchase the biggest card available, once it fits within the budget.

Will MicroSDHC Cards work in the Blackberry 8800?

There is some confusion as it relates to MicroSDHC cards working in the Blackberry 8800. MicroSDHC (High Capacity) is a newer format and older electronic devices are unable to read these cards, unless they have a firmware update. These MicroSDHC cards are sizes 4 GB and greater.

So will these MicroSDHC cards work in the Blackberry 8800? The answer to the question is all dependent on the type of firmware the phone is running. If the phone has the latest firmware they should be able to use MicroSDHC memory cards. If they have older firmware, they can only use MicroSD.

We have provided a chart below to show what size card works with what specific firmware.

If you’re looking to purchase cheap memory card for the Blackberry 8800, but the best places to find deals on these cards are online or in electronic retail stores.

Internet – Websites are the best places to find great deals on MicroSD or MicroSDHC cards for the Blackberry 8800. So many sites sell cards and there is a good chance that you will get them at prices that can be considered to be a steal.

Retail Stores – Big electronic or mom and pop stores are great places to find MicroSD or MicroSDHC cards for the Blackberry 8800. These stores usually have a wide variety of cards and they often have specials available where you can get these cards for little or nothing.

Cost of Memory Cards for Blackberry 8800

The price that you pay for a MicroSD or MicroSDHC memory card for the Blackberry 8800 will often depend on many different factors. The most important factor that is responsible for price is the size of the memory card. Cards that are big in capacity will be more expensive than the smaller sized ones.

The branding of the card is another factor that will influence the price of memory cards. You will end up paying more for brand-name memory cards, compared to generic ones. SanDisk and Kingston MicroSD or MicroSDHC cards will be more expensive than a brand you have never heard about before.