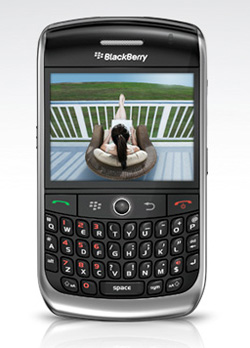 The Blackberry Curve 8900 is the newest phone that is available from Blackberry. They have taken the older model Curve and added a host of new features and a brand-new design. The Blackberry lovers will surely love this new offering.

People who purchase this phone often want different accessories for it. One of the first things people will go out and buys a new memory card; however some people are confused as to which memory card works for the Blackberry Curve 8900? to understand this confusion, the Curve 8900 will be able to use both MicroSD and MicroSDHC memory cards. This added memory will allow users of the phone more space to save music, ring tones, videos and movies.

The Curve can use memory cards from as small as 16MB and as big as 32 GB. These MicroSD and SDHC cards are very small and they measure 15mm × 11mm × 0.7mm. This means that they are usually smaller than someone’s fingernail.

What Size Memory Card Do I Need for my Blackberry Curve 8900?

I have a Blackberry Curve 8900 and I do not know what size memory card I should buy. This is a common sentiment among people who are new owners to the Curve. They are looking for a memory card to purchase, but they’re unsure of the size. The size of the MicroSD or MicroSDHC card that a 8900 owner will purchase is dependent on different factors. If they will be using the phone to store massive amount of data such as music, videos, movies and pictures, then they should look into purchasing a bigger capacity memory card. These cards sizes are 1GB, 2GB, 4GB, 6GB, 8GB, 16GB and 32GB. If the card will be used for smaller documents, then smaller capacity cards can work. It is highly recommended that people purchase the biggest sized card that they can afford. It never hurts to have too much memory.

Will MicroSDHC Cards work in the Blackberry Curve 8900?

Confusion set in on people who did not understand the difference being MicroSD and MicroSDHC memory cards. They were unsure about which ones worked in which device. MicroSD cards are the older formats and their size goes up to 2 GB. MicroSDHC is the newer high-capacity format and their size is 4 GB and above. People were confused as MicroSDHC cards won’t be able to work in older electronic devices.

People want to know if MicroSDHC card should work in the Blackberry Curve 8900. All new model Blackberry forums will be able to use MicroSDHC cards. This is due to the fact that they are shipped with the newer firmware that enables the phone to read these high-capacity cards.

Where Can I Get Memory Cards for the Blackberry Curve 8900?

For people who are looking to find cheap prices for their Blackberry curve 8900, they often want to know where are the best places to purchase these memory cards. The best way to get cheap memory cards for the Curve is by going on the Internet or checking electronics stores.

Internet – the Internet is really the best place to find cheap MicroSD and MicroSDHC memory card for the Blackberry Curve 8900. The reason behind this is that there are many different sellers online and everyone will have different prices. It is not hard to fathom finding rock bottom prices on a specific memory card that you need.

Retail Stores –  Big retail stores like Wal-Mart, Best Buy, Target and Office Depot will all carry different sized like SD and MicroSDHC memory cards. These stories usually have specials where you can find excellent deals on the memory card that you want.

The cost of a memory card for the Blackberry Curve 8900 will usually be determined by a wide range of factors. The most important factor that is responsible for the cost of the memory card is its capacity. Bigger capacity cards will cost much more compared to smaller ones. It is possible to find 256 MB MicroSD cards for $5, while 16 and 32GB MicroSDHC cards will sell between $80-$100.

The brand name of the card is another determining factor when it comes to its price. No name or generic branded cards will cost a lot less compared to name brands such as SanDisk or Kingston. Keep this in mind when shopping for the memory cards.